Why Is Virtual Patching So Important? Virtual Patching gives a rapid way of a solution to provide web security. Even though the preferred solution is temporary, it would fix the vulnerable web application. Once the code gets fixed, the virtual patch is being deployed on every ingress point which can access the code and the new code deployments are covered by the patch.

Many of the organizations are not always feasible to do traditional patching for multiple reasons:

By using a virtual patching system, an organization buys itself the time needed to free up resources, work with its vendors, and develop a sound risk response without leaving systems vulnerable during this process.

It would be easy for you to understand what needs to be patched once you can identify what you have (OS, server, or desktop applications).

There are many approaches you can consider for this. But it is your decision what is best for your business.

While rebooting the servers, dependencies matter at the time of restart to work everything fine.

It is better to apply patches after 30 days from their release unless there is an inevitable threat. Then there will be an opportunity to see what effect it is having elsewhere in similar software user communities.

Since this requires a lot of extra purchases such as hardware and software to build the test environment, this can be burdensome and high-priced for most companies. If you don’t have a budget to do this, some companies offer patching services. Testing those patches before deployment to production systems is one of the tasks they perform.

90% of the patch deployments require reboots. Once determined, plan for a maintenance window accordingly to push the patches to the production environment. Else unexpected server reboots may affect the business operations or do damage to databases, etc.

This is to ensure every application and service is back online and running correctly once the servers and PCs restart.

They can help you to have an idea about the system or organizational demands that can affect the patch deployment task.

When patching workstations, remind the users DO NOT SHUT their PC DOWN; but to save every document, close all applications, and log out of their workstation. Also, notify them what to do if they encounter an issue after the patch deployment.

If there is a significant problem with the deployment, the roll-back plan allows to immediately reverse the patches and go back to the pre-patched system.

If auto-update happens:
*  Wont be able to test  the applications before patches are deployed
*  No smoke testing procedure post-patching
*  No patch deployment reporting that is required to show

Investigate why they failed to deploy, develop your remediation plan, and then redeploy.

Some servers or applications can’t be upgraded or patched to maintain compatibility with a critical application that is in use. In such cases, need to confirm that there is another strategy for protecting that system from the vulnerability left exposed by the inability to patch the software. 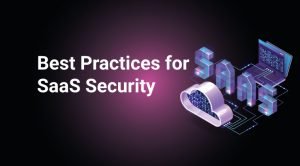 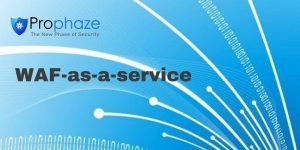